You are here: Home / Archives for Uncategorized

An 18ct White Gold and Diamond Slider “Benenden” Pendant – designed and made especially for Benenden School Pupils and Alumni.

An 18ct Gold, Rosecut Diamond and Enamel Brooch made exclusively for The First Aid Nursing Yeomanry.

Auctioneer Christie’s sold a 75.36 carat briolette diamond for $11 million in Hong Kong during a sale on Tuesday.

The sum set a new record for that particular style of gem — an elongated pear-shape cut with facets — which works out to $148,000 per carat.

The auction also sold a diamond and emerald necklace for $5.7 million and a pair of ruby and diamond earrings for $3.9 million.

One of the most famous briolette diamonds is a 26o carat gem, centrepiece of a necklace given by Napoleon Bonaparte to his consort Marie Louise, that is is now housed in the Smithsonian.

To celebrate Her Majesty’s Diamond Jubilee in 2012, we have created this exclusive piece of Jewellery to mark this very special event in our Nations history. The design – approved by the Lord Chamberlain’s Office – incorporates themes from the Royal Crown and Cypher. It is designed to be worn as a Pendant, Brooch, Cuff-links or Ear rings, and can be hand made to order in any precious metal, and can also be Diamond set.

Global demand for gold rose 21% year on year to $55.19 billion in the fourth quarter of 2011, while demand by volume fell 2% to 1,017 tonnes according to the World Gold Council (WGC). Gold jewellery demand increased 5% to a record $25.86 billion, while demand by volume declined 15% to 476.5 tonnes. WGC noted that the combination of high and volatile prices increasingly led consumers to demand lighter-weight gold jewellery and forced the trade to react with jewellery items at lower price points. Chinese gold jewellery demand rose 26% to $7.13 billion during the quarter as it surpassed India, where demand fell 31% to $5.59 billion. Fourth quarter gold investment demand rose 46% to $23.24 billion while by volume, it grew 19% to 428.2 tonnes.

What does the word “diamond” mean?

The word comes from the Greek word “adamas,” and this means “unconquerable and indestructible.”

What is the earliest record of a man giving a diamond to a woman for her hand in marriage?

In 1477 the Archduke of Austria gave a diamond to Mary of Burgundy. Today, some 500 years later, diamonds are the most popular gemstones in engagement rings.

On average, how old is a diamond?

They are some 3.4 billion years old.

In ancient times, what “powers” did people believe diamonds gave them?

Diamonds worn in ancient times were believed to promote strength, invincibility, and courage.

What are the “4Cs” of diamond grading?

They are cut, colour, clarity and carat. These 4Cs were created by the Gemological Institute of America to help standardise diamond grading worldwide.

Diamonds were first formed billions of years ago some 100 miles beneath the earth’s surface through a process of tremendous pressure and temperatures of 2000 – 3000 degrees Fahrenheit. Volcanic activity brings diamond crystals much closer to the earth’s surface.

To produce a single one-carat diamond, 250 tons of earth will be mined.Gem-quality diamonds are made up from less than 20 percent of the diamonds mined worldwide.

The first written notation of precious diamonds dates back to around 500 B.C.

In their purest state, diamonds are brilliant and entirely colorless.

Diamonds are found in a variety of colors. Blue and pink diamonds are among the rarest, and yellow and brown as among the most common.

The diamond is the hardest natural substance found on the earth.

The diamond is rock hard and virtually fireproof. In order for a diamond to burn, it must be heated to one-thousand, two-hundred, and ninety-two degrees Fahrenheit.

In one-thousand polished diamonds, only one will weigh more than one carat.

Although the U.S. accounts for less than one-percent of total global gemstone productions, America buys more than half of the world’s total gem quality diamonds – accounting for the world’s largest diamond market.

Australia accounts for producing the most diamonds in volume.

The Crater of Diamonds State Park in Arkansas is the worlds only diamond mine open to the public – this is a dig-for-fee operation for tourists and rock enthusiasts.

Since as far back as 1906, there have been more than 70,000 diamonds discovered in The Crater of Diamonds State Park in Arkansas – this includes the 40.23 carat “Uncle Sam Diamond” – the largest diamond of its kind ever found in the U.S discovered in 1924.

Amethyst is the purple variety of quartz and is one of the most popular gemstones. They have been sought after by Royalty throughout the ages as symbols of Wisdom, Strength and Confidence. In addition to Royalty, the amethyst’s luminous quality, its spectacular play of light, and its role as a protective stone meant they were also worn by bishops.

Amethysts form from quartz, and are mined from many locations around the world. One of the chief sources of supply for amethysts is Brazil. Some Brazilian amethysts can be found in cavities within in a black volcanic rock (melaphyre) whilst others can be found as pebbles in the river gravels amongst other minerals as companions. Traditionally included in the most valuable gemstones (along with diamonds, sapphires, rubies, and emeralds), amethyst’s haves lost much of their value due to the discovery of extensive deposits in the Brazilian locations. Today, due to this plentiful supply, amethyst’s have become a lovely and affordable gemstone that is fortunately available in a wide variety of cut and uncut stones that we can all possess and admire.

Amethyst is one gemstone that is believed to have many metaphysical properties that are favourable to human beings, with crystal healing therapists saying that the amethyst has a sobering and cleansing effect on the body and calming qualities which allows the stone to be associated with peace. Amethyst can also assist with the reduction of addictive behaviours, such as alcohol, drugs, smoking and other compulsive type behaviours. It has been known to have a relieving effect on stress, grief, depression and emotional despair.

30 years ago, Lady Diana Spencer chose this elegant cluster ring after becoming engaged to the Prince of Wales. At the time it cost £28,000 and was from a selection presented to Diana by Crown Jewellers Garrard. It was a stock ring and was not made especially for her. At that time Garrard was a major client of mine and I was happy to be the one to source and supply the 14 brilliant cut diamonds that surrounded the beautiful Kashmir sapphire.

Please look at our Engagement Ring section to see the new Sapphire and Diamond “Circle” ring that we have created to celebrate the forthcoming wedding of Prince William and Catherine Middleton. Prices start at £ 2600.00 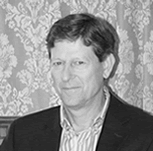